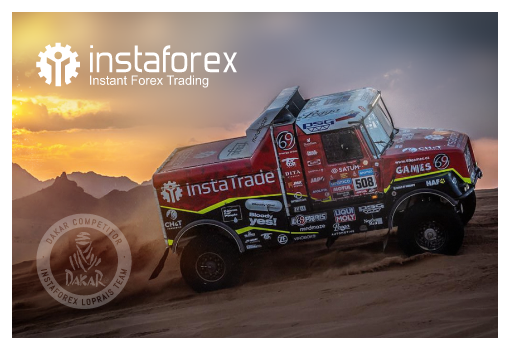 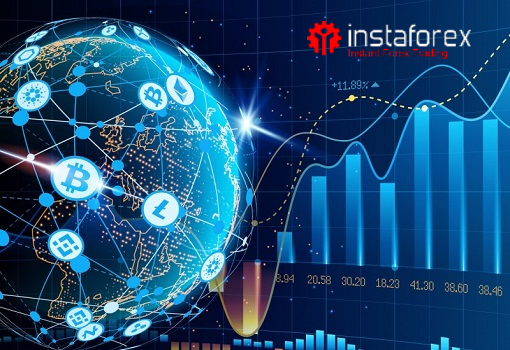 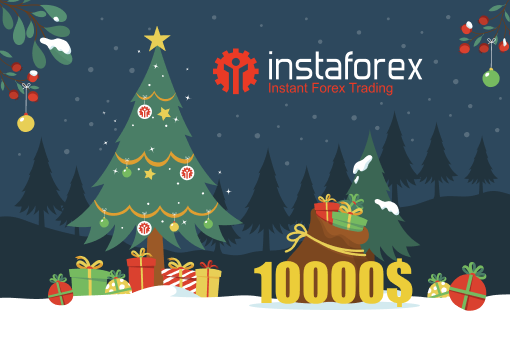 InstaForex Loprais Team with Ales Loprais at the helm secured the top tank in the truck category at stage 9. Still, they had to withdraw from the Dakar Rally 2023. After the accident, the racer decided to leave the tournament.

Despite the withdrawal, Ales and his crew managed to achieve strong results at each of the interim stages and took the lead in the overall standings until the end. 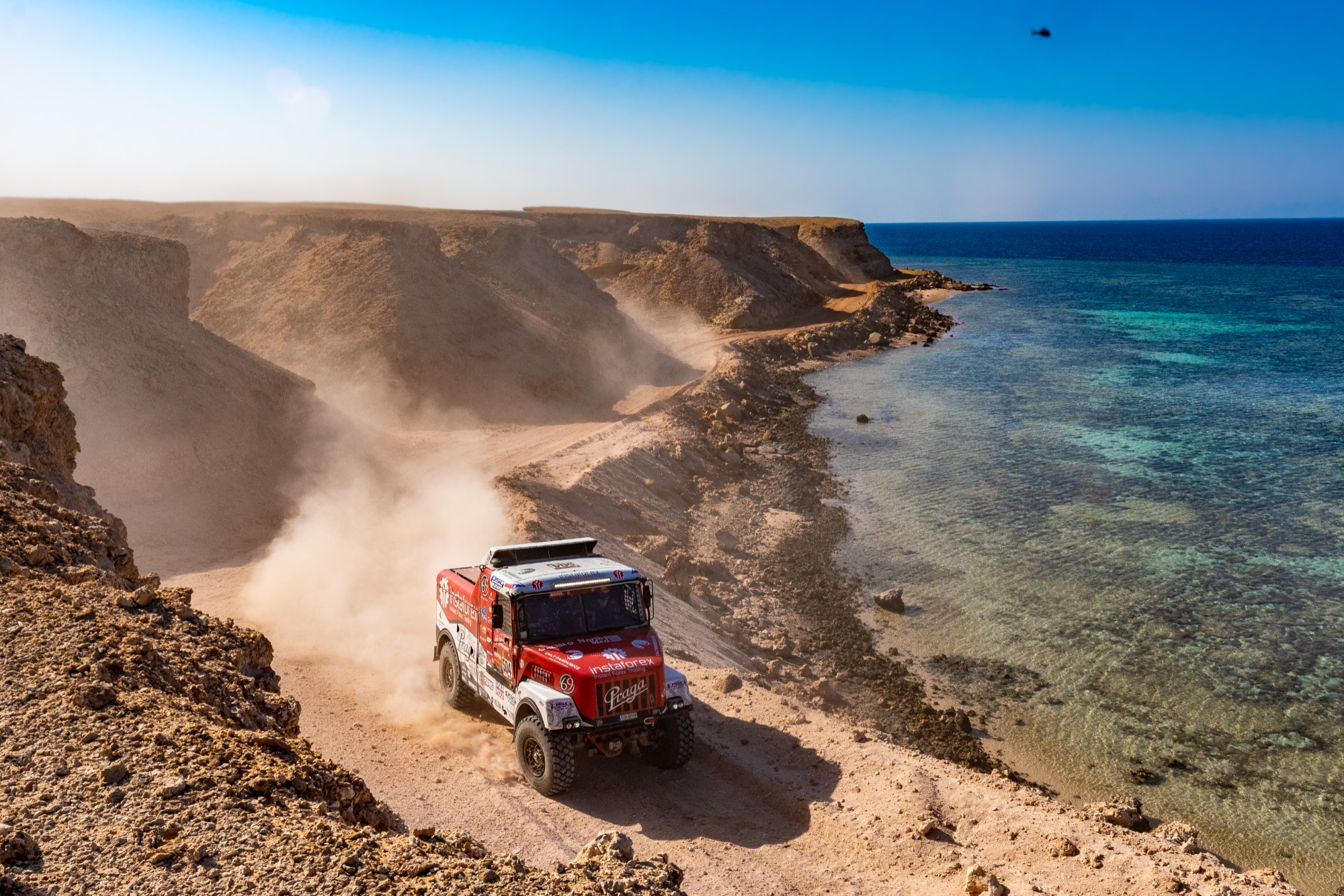 On New Year’s Eve, the 45th edition of the famous Dakar Rally opened with the 13-kilometer-long Prologue which stretched along the Red Sea coast. InstaForex Loprais Team met the challenge easily. Sadly, Praga V4S DKR was not able to grab a well-deserved rank in the top 5.

For a start, Ales Loprais, Jaroslav Valtr jr., and Petr Pokora were ranked 6th from 55 in the truck category. They lost by 0.7 second to Dutch racer Victor Versteijnen who took 5th place. 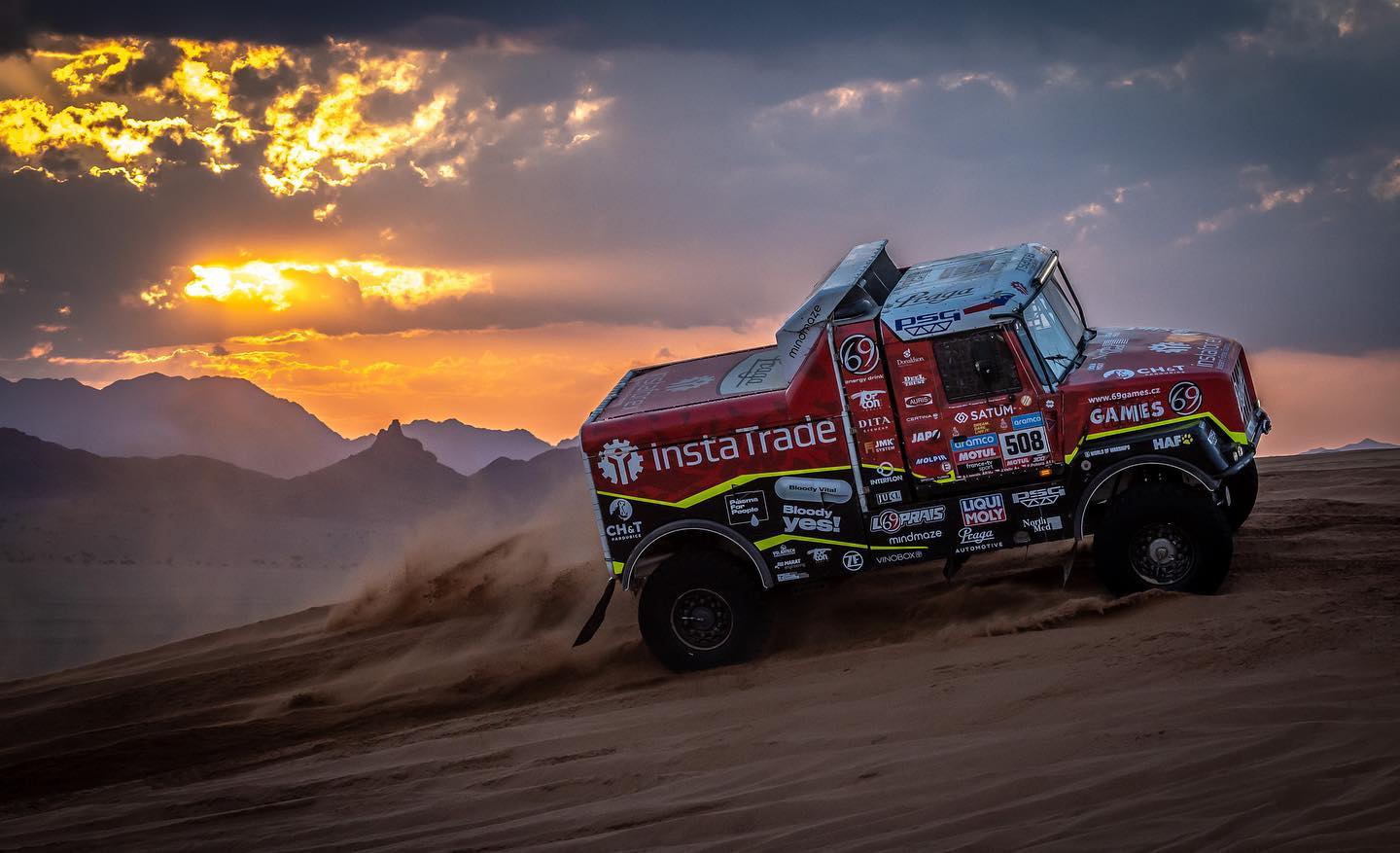 At stage 1 of the Dakar Rally 2023, Praga V4S DKR #508 coped well with all difficulties of the terrain. At high speed, the crew caught up with racing cars and buggies. Eventually, the team notched the second best result of the day. Ales Loprais, Jaroslav Valtr jr., and Petr Pokora moved up 4 ranks and stood at the second rank in the overall ranking, only 5 minutes behind the leader Martin Macik.

“The first stage was surprisingly tough. Our starting position was not exactly perfect. From the very beginning, we had to deal with dust from buggies and cars,” Ales Loprais said. 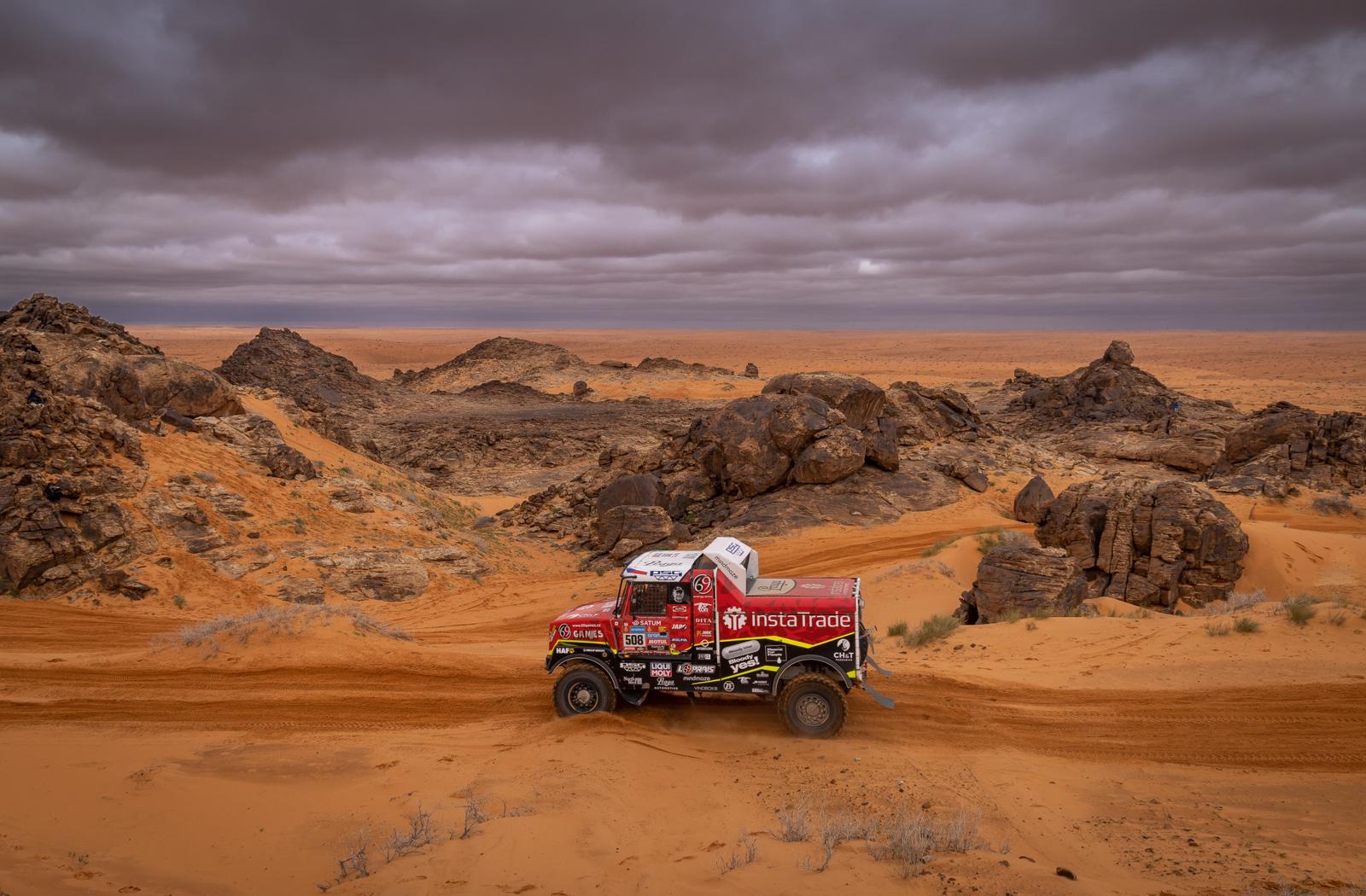 Ales Loprais and his team did a great job with another rocky route and after two stages they took the lead in the truck category.

Ales and his crew overcame the following stages with confidence despite all sorts of natural and technical challenges.

Harsh weather conditions, complicated terrain, tire punctures, and penalties did not prevent them from being the leaders of the race. 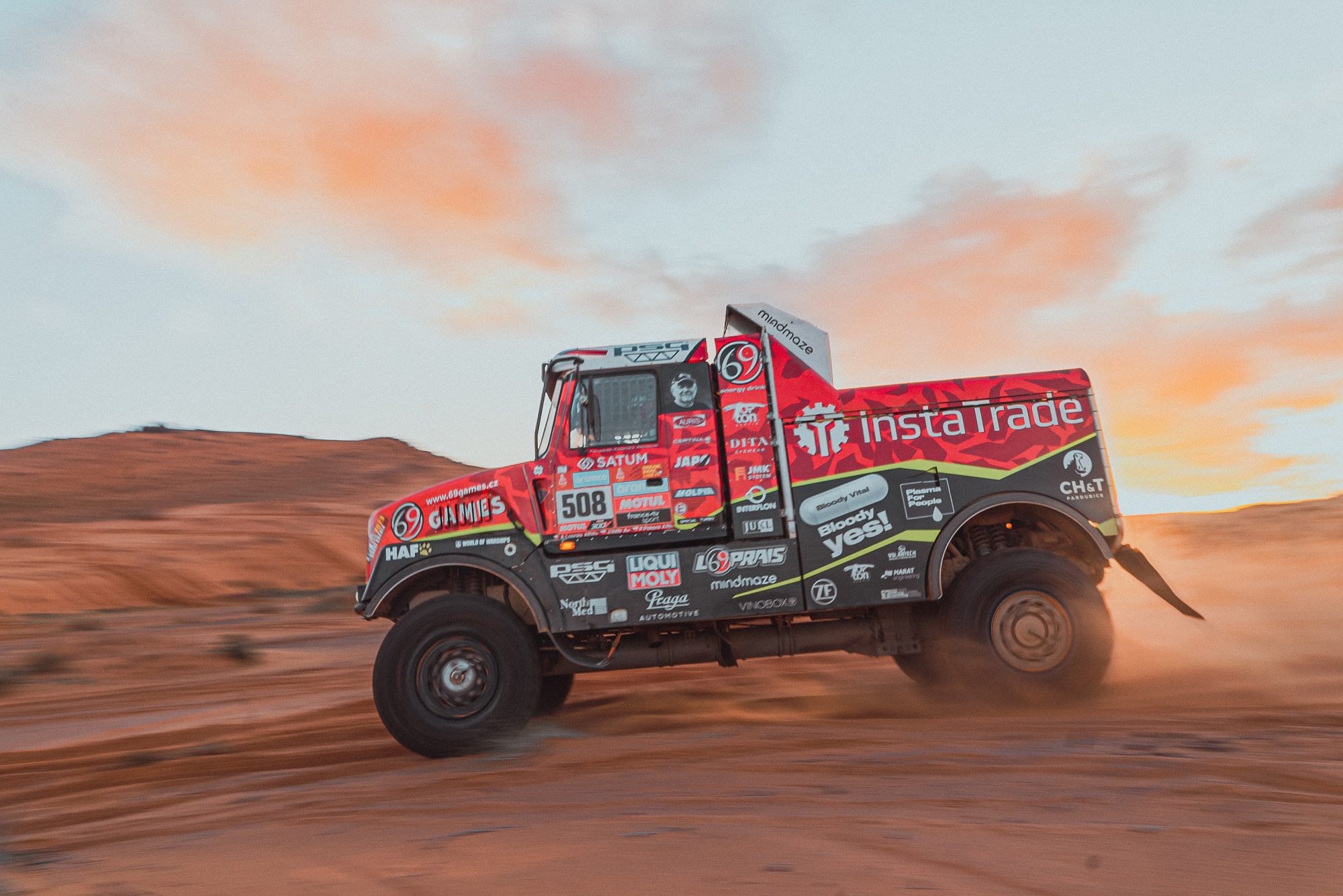 The ninth stage was final for the Loprais team, but not the final one for all the other participants of the rally. The red and black truck Praga V4S DKR No. 508 got stuck in a flooded and muddy wadi for 15 minutes. Nevertheless, InstaForex Loprais team managed to break away from other trucks, finishing the ninth stage in fourth place and increasing their final lead in the truck category to almost 27 minutes.

InstaForex has supported the team for many years. During this time, we have gone through troubles a few times that we successfully solved together.

We believe that further editions of the famous rally will go without tragic accidents and the crew will again display their stunning performance.

Let’s wish Ales and his crew to recover from the shocking event and move on with renewed energy!

Helpful Advice
Did you know that you can become a member of InstaForex Club and get access to various privileges, including the extra 10% bonus for deposit? Join InstaForex Club
Training video
Demo account opening
Trailing Stop
PAMM trader
Webtrader